State invests €600,000 in startups hoping to find next e-residency 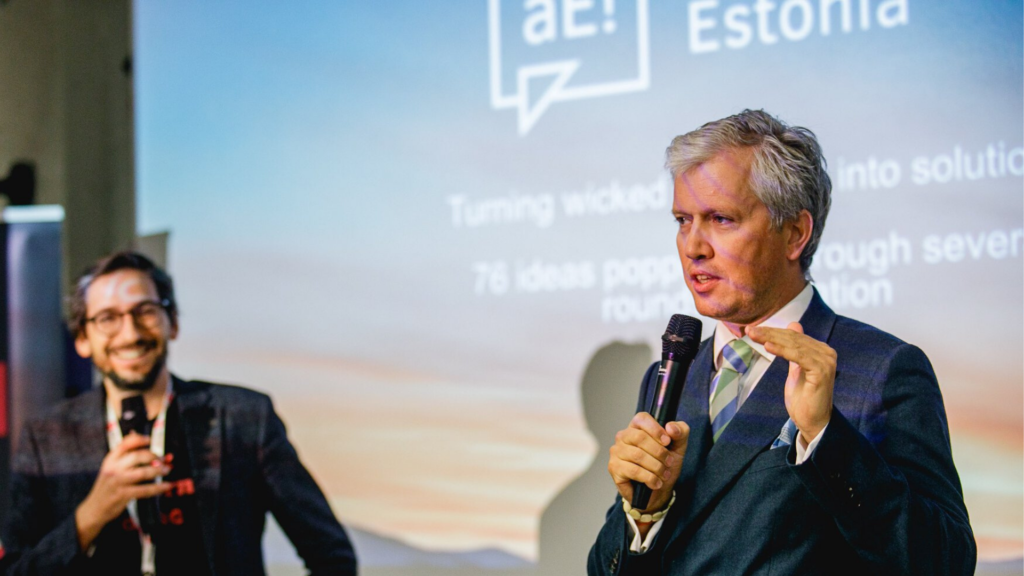 The state will invest up to €600,000 in funding for four early-stage business ideas, hoping that at least one will become the same international success story as e-residency.

Simplifying procedures to combat money laundering, remove paperwork from the logistics sector, provide medical and pension insurance for e-residents, and consolidate production waste information into a single platform are the four ideas selected by the Ministry of Economic Affairs and Communications.

Accelerate Estonia set the task of finding solutions to problems affecting both the public and private sectors, and each of the ideas chosen will now receive €150,000 in funding. The next stage is for the teams to create business plans to try and attract investors from the private sector.

“If the project manager introduces the idea to politicians, officials or the public after nine months, then everyone has to understand exactly what they want to do, what the revenue could be used for and what the way forward is,” said Viljar Lubi, Undersecretary of Economic Affairs. “And if, before the end of the nine months, we feel like we’re not moving as fast as we would like with this or that project, then of course we are ready to make adjustments.”

It is a risky investment, which may or may not bring returns. Lubi admitted that not all four teams are likely to advance to the first round.

“As is often the case in the startup world, a lot of ideas don’t get anywhere. I hope we’ve picked good ideas, but when asked directly if I believe that all four will eventually reach maturity, I’m afraid not, but I hope most will get there,” he said.

Accelerate Estonia works as an accelerator in the private sector, helping early-stage ideas to get a business plan and start-up. There is a great deal of competition to gain access to accelerators, as it gives a start-up the knowledge and skills it needs to build both its first investment and the company.

However, the state has a bigger goal than just supporting entrepreneurship, as it is looking for solutions to export in the future, just as it did with e-residency.

“One of the criteria for all these ideas is that they should have export potential, that is, they should increase our economic well-being,” Lubi said. This means that the program has the support of the public sector and that ministries are working together to develop ideas.

One of the ideas is to create a cross-border service that would simplify the money laundering prevention process known as KYC, which stands for Know Your Customer. The project was put forward by Rainer Osanik who said at least 12,500 companies should carry out this procedure in Estonia, but most do not because of a lack of skills and knowledge.

KYC involves collecting customer data which is very time consuming because collectors do not exchange data with each other.

“Our goal is to systematize this activity. To have the data that the state has and needs to collect for KYC without having to ask the person themselves. They are actually available online, but they are often not machine-readable,” he explained.

Osanik said the situation with non-residents is even worse because their data cannot be retrieved other than on paper and their collection stressful and slow.

The second idea is to create an online environment that provides an overview of companies’ production waste so that another company can find and use their raw materials. This solution is creating a circular economy, which means that no more waste will be generated in production and that all material will be used. But for this to happen there needs to be an overview of ​​how much waste is generated in the first place, explained the author of the idea, Mayri Tiido.

“We have to move towards a circular economy, but the biggest obstacle is the lack of information and transparency,” she said. The database created by Tiido would contain all the information on the production residue, so that it can be accessed by the appropriate public authorities. The biggest obstacle to achieving this goal is the willingness of entrepreneurs to change their mindset.

The third idea is to create an electronic system for the logistics sector. Currently, documents needed for this sector such as international consignment notes, transit, export and import declarations are mainly paper-based. The goal of Heiti Mering’s project is to make all relevant data available electronically and in real-time, which saves logistics companies’ time and eliminates the need to check paperwork on the highway.

The fourth idea seeks to create a system of health and pension insurance for people without a fixed home. The target group are freelance workers who move around the world but have not been caught by the legal world, but also e-residents. Liina Kadari sees an opportunity to develop a health and pension insurance package that could bring more money to the Estonian economy if, for example, e-residents pay part of their tax here and receive health insurance in return.

Mental wellness – the most overlooked resource at work