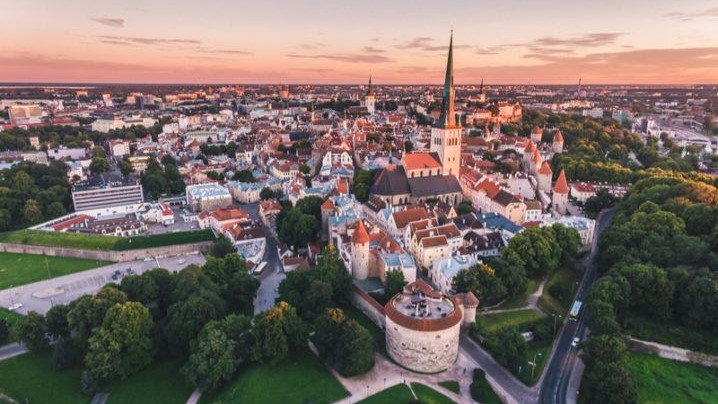 According to Ireland’s No 1 resource for technology news siliconrepublic.com, Tallinn is one of Europe’s foremost digital cities and a natural home for tech entrepreneurs with flare and ambition.

The Estonian capital of Tallinn emerged from the grips of the Eastern Bloc in the 20th century to become a jewel in Europe’s digital crown in the 21st century.

The country tops all the necessary scorecards for digital penetration and governance.

Under a sweeping e-Estonia initiative, the country is pursuing brave initiatives. Among these ideas is an ambitious e-Residency programme that has already attracted 10,000 global entrepreneurs who can establish businesses in Estonia and run them anywhere in the world.

The city has a maturing investment scene with leading players including the eponymous Jaan Tallinn, who built the back-end to Skype as well as the music sharing application Kazaa.

Tallinn has an exciting events calendar that is captured neatly by the Estonian Startup Leaders Club, and on Facebook by Garage48, Startup Estonia and e-Estonia.

Key meet-ups and events include Garage48, Tech Sisters and Tehnopol as well as the Latitude59 conference and Estonian ICT Week. There is even a TV show dedicated to business ideas, called Ajujaht.

Local accelerators include Startup Wise Guys, Elevator Startups and Buildit while other top incubators include TÜ Ideelabor and Startup Incubator.

Find out, who are the other 10 best startups from the full article at https://www.siliconrepublic.com/start-ups/tallinn-startups-estonia-2018!