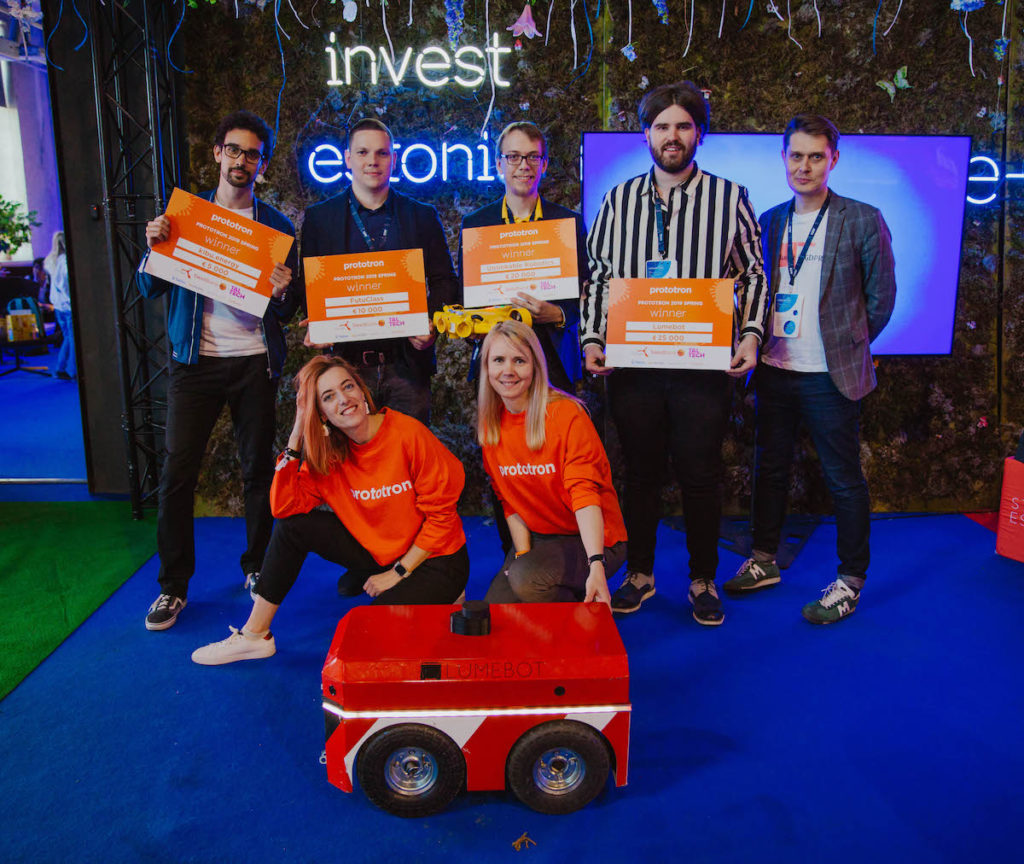 On May 17th on the main Estonian startup conference Latitude59 we announced the winners of Prototron springround at the main-stage of Latitude59. 4 teams got 60 000 € to turn their ideas into reality.

10 000€ was worth the idea of Futuclass – an educational virtual reality game that brings awesome science experiences to classrooms. A game where players solve interesting and fun pre-made science puzzles and learn by doing. Science experiments in VR are cheap, safe and easily accessible. Like Rakett69, but in VR.

Team Unsinkable Robotics got 20 000 to build an underwater robot that could perform several tasks underwater without an operator. The robots reduce the need for divers to perform dangerous and time consuming tasks such as mine detection.

Kibu.energy wants to empower the inhabitants of the smart city in the usage of renewable energy by offering a foldable solar panel that can be deployed in balconies, terraces or gardens. It integrates storage and can be plugged in directly to a wall socket.

Autumnround is less than 5 months from now. Get inspired and apply before October 15th.